How Much Does it cost to develop a game app like TeenPatti and Features? 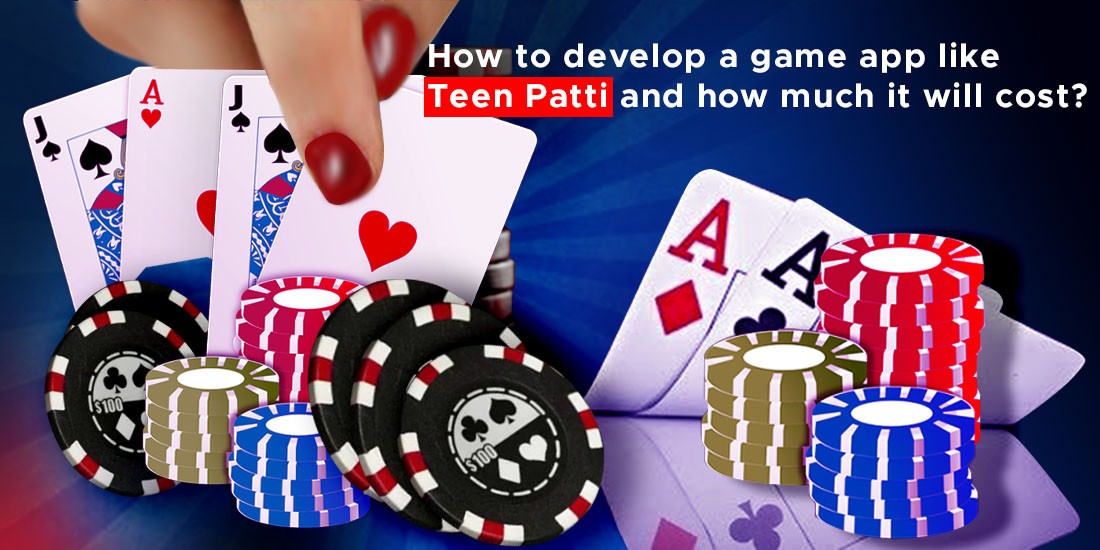 Indian poker, also known as Teen Patti has always been the favorite game of Indians, also this game has attained great fame in other countries too. Are you in the gaming industry and willing to expand your verge with an exciting game like TeenPatti? There are several online Indian poker games available on the play store, but how many of those are successful? If you are willing to step into the gaming sector with a thriving and engaging Teen Patti app, then you might be having several questions and must be curious to get detailed information about it, such as the cost to develop an app like TeenPatti, technologies used for Teen Patti game app development, and most importantly the salient features that can magnetize your targeted audience to use your app and stick to it longer.

If your questions are the same then you are at the right place. Here we will be discussing the development process, technologies used, features incorporated, and most importantly online Teen Patti game development price.

Let’s first get to know what is Teen Patti and how it is played online?

Teen Patti is termed as an Indian form of poker which is a streamlined version of the same. It is played over several south Asian countries. It is betting of cards played among a maximum of six members with three cards each. Before the players manage their cards, they call for a boot sum which is contributed equally by each of the players.

Initially, the boot sum is kept least at the center of the table where the game is being played. As the game progress and entertainment increases with the intensity of the game, players will increase the sum and the winning player will receive the entire sum. The winner is announced after looking at the final hand of every player, the one who owns the best hand will win the game.

If Teen Patti is a new game for you and you are willing to know the patterns of hands to be made to win the game, then have a look at the examples of Indian poker hands that can be a winning one based on the hands played by the companions. A few hands that you can make while playing Teen Patti are:

Amazing features that must be included in the Teen Patti game app development:

Other features that must incorporate for user engagement:

The making cost of a game app like Teen Pattiwidely depends on the requirements of the clients. There are various components included in the Teen Patti game app development, such as size, multifaceted players, a platform to develop, and many more. Another factor that can put a major impact on your Teen Patti app development is the geo-location from where you are choosing your professional team.

The two major locations which are well-known for mobile app development services are India and the USA. Let’s compare the hourly cost of a game developer in both locations.

The cost of game developers changes based on their experience and the skills they master. Hence an average cost range is given below which may change with the transit of the IT sector and requirements.

Are you wondering which technologies you must opt for to develop the best Teen Patti gaming app and does the cost of TeenPatti game development is the biggest concern? The average cost of a game app development like Teen Patti ranges between $25-$150 per hour based on the professionals you are choosing. In this blog, we have mentioned details about the making cost of the Teen Patti app with the essential features required to make your app beat the competition and rule the game industry.

What is your expertise in developing games like Teen Patti?

We have top professionals in our game development team who have worked with the top brands and holds experience in developing all types of games for different platforms using the latest technologies. We have gained expertise in developing custom game apps that render your ideas and develop the best possible solution.

How to earn money from game apps like Teen Patti?

The game industry is growing beyond the sky limit giving several opportunities to the entrepreneurs to earn. If you are willing to develop a game like Teen Patti with the experts of DxMinds that ensures the development of your app in the most enthralling manner that serves you with unlimited traffic to your game app, ultimately helping you to earn money from different sources.

What makes DxMinds worth choosing as the game app development partner?

One of our major USPs is our prolific team with the experience of several years in the relevant industry and mastery over the latest game app development technology. The second potential aspect that makes us the right partner for your game app development is a robust portfolio that comprises different types of successful apps with 100% satisfied clients.

How much does it cost to develop an app like Teen Patti?

The development cost of game apps like Teen Patti varies with the variation in requirements. The major factors that constitute the development cost are the complexity of the app, the platform chosen, supported languages, multiplayer options, third-party app integration, and many more. An average cost of a game app developer may range between $25-$150 per hour.