Xamarin vs Ionic – The Cross-Platform or Hybrid App Development?

Xamarin vs Ionic – The Cross-Platform or Hybrid App Development? 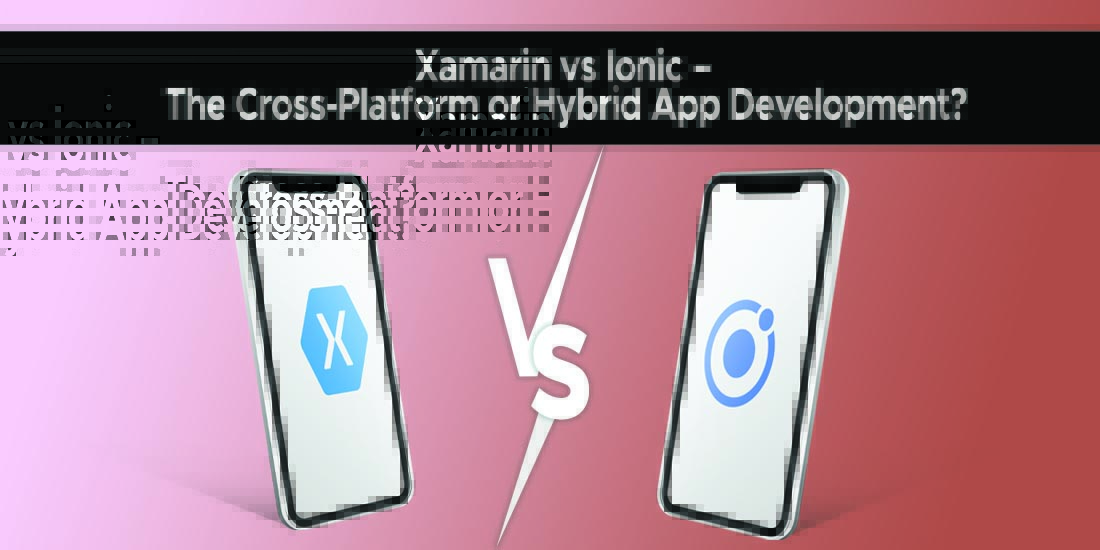 1. The same codebase for different devices

3. Quick prototyping and a lot more

Xamarin is a cross-platform framework and Ionic is a hybrid front-end framework, and there is always confusion about which one to use?

What are the most challenging tasks behind creating a cross-platform app? Yes, you guessed it right, maintain the code. It is one of the best advantages a developer usually searches for when there is an utmost requirement on different operating systems like Android and iOS.

Xamrin: It is a daunting task to maintain a single code base and deploy it over other operating systems. But in Xamarin, the developer needs to make changes in the source file. Gradually it gets exhibited in all the other apps while fixing and updating them.

In Xamarin, you can create attractive UIs and bring native APIs into the picture for a better user experience. In the case of xamarin, there is a component store from where the developers can get stunning charts and themes.

In the case of Xamarin, you can create platform-specific UIs and access every native API such as Bluetooth, SDKs to bring apps to work. Moreover, Xamarin utilizes native UI controls. Developers can add captivating themes, charts, UI controls, and graphics from Xamarin’s component store.

In the case of Ionic, it offers a rich-in-app experience for both android and iOS apps without every update of the app.

Ionic offers a seamless experience for both iOS and Android applications to create a native-like persistent and transient UI navigation. Its hybrid approach eliminates the requirement to submit a newer version to the app stores. It allows for the rapid development of features within a native mobile app container which proves beneficial as it sends live updates to user’s devices. In the case of Ionic, the users need to download the app apk on a timely basis for new updates.

An app’s performance is something that helps it to stand out from others.

Xamarin uses native APIs and toolkits which caters to native design and performance. It leverages system and hardware-specific APIs, hence the users find it difficult to distinguish between a Xamarin and a native app.

On the other hand, Ionic is not close to the performance of the native application as it utilizes a webview to finish the app development. It is not suitable for developing large-scale applications, since it will make it slow.

Both Xamarin and Ionic have different stages of development:

Xamarin utilizes strongly typed variables. Before debugging, compiling, and realizing any issue. Organizations who adopt Xamarin are using the built-in previewer which allows them to preview the XAML pages.

Utilizing Ionic, you utilize Ripple Emulator, there are fewer chances of recompilation of changes. It is time-consuming, as you need to recompile, in case you want to test specific native device capabilities.

14% of developers in the world utilize Xamarin for creating cross-platform apps. This count embraces 1.4 million developers from 110+ countries.

On the other hand, the number of Ionic developers counts reach up to 5 million after its inception in the year of 2013. It forms a large community with around 5 million apps developed around 200 countries.

Selecting the right architectural framework simplifies the process of development which aids the application process. Xamarin environment supports a lot of architectural patterns and it is not bound to a single architecture as it is most common in frameworks.

In the case of Xamarin, it is a hassle-free task to test every feature of the app across thousands of devices to get rid of bugs during the development cycle. It facilitates automated and stern UI testing which filters out the anomalies in the app by replicating user behavior,

You can even give a test on taps, swipes, rotations, or even waiting for UI elements to load.

Testing with Xamarin can be done quickly as it gives you great results from comprehensive tests in a matter of minutes before the application deployment.

Since Ionic is built with web-based technologies, you can easily test an Ionic app. You won’t need any additional testing devices or an emulator since the app is tried in multiple browsers via WebView.

Xamarin and Ionic solutions are compared based on attributes and performance.

Which framework to select?

When it comes to developing mobile applications, both frameworks are great. But it’s a daunting task to select the best one depending upon the requirements.

Xamarin needs to be effective since it uses C#, as an additional benefit, it enables the communication between the client and the server. Ionic proves to be a great option when it comes to simple customization and native appearance.

However, it’s completely a customer’s decision to use either Xamarin or Ionic depending upon the requirements of each framework’s main characteristics, its advantages, and disadvantages, and what kind of application needs to be built.