What is new about angular 10.1 and how it is better than the older version?

What is new about angular 10.1 and how it is better than the older version? 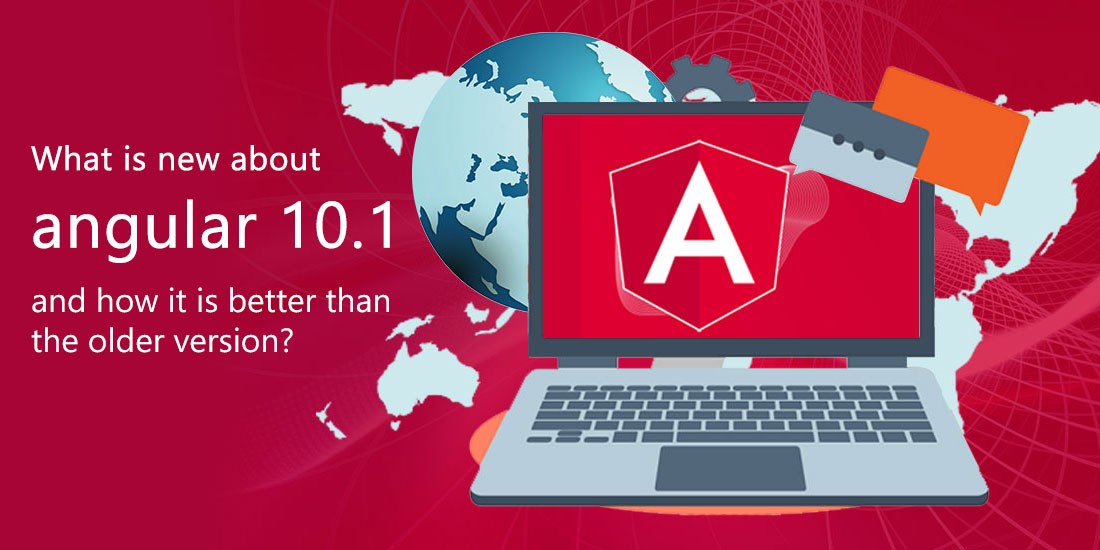 Angular is one of the most opted web framework used by software developers for developing creative desktop and mobile web apps. From the past decade, Angular has maintained a top position in the software development world.  With the everyday growing technology, Angular has made a terrific change in the specifications, functionalities, and features which can be availed by the best software developers to develop a top-notch app. The frequent iterations of Angular have increased the usefulness to a great extent. Angular 10 is becoming a talk around the IT industry because of impeccable attributes.  The newer version of Angular offers enriched features allowing the organizations to scale up their apps based on the present market challenges and offer more attractive, engaging, and user-friendly web solutions.

New features of Angular 10.1.0 that is superior to older iteration:

Reasons to migrate your app to the latest Angular framework:

The latest iteration of Angular was released in June 2020. In recent days, it has gained hype in the software market and most businesses started switching their existing apps to the latest ones. If you are also heading in the same direction then give it a pause and first understand what is Angular 10.1 version? What are its features? How it is different from the previous one and benefits it can offer you more than others. The older version was also potential enough to cater to various business requirements but the latest version is developed to overcome a few shortcomings showed by the older iterations of Angular. Most potential reasons that impose migration to the latest versions are listed below:

Comparison between Angular 9 and Angular 10:

Angular 9 was developed to bring a revolution in the sector of mobile app development. Sooner the release of Angular 9, the Angular 9.1 beta version was released which was just an improvisation of the prior one.

The angular framework is widely based on various administrations and services which are hard to follow. Angular 9 has the capabilities of tracking the latest updates with the help of API libraries incorporated in Angular 9.

The programming language inherited by the angular 9 incorporates a plethora of augmentations for requests that help a swift app development.

Angular 10 is the latest version available today with the topmost features and few improvisations in the older versions. It is a typescript based framework that provides an entirely new and enhanced app development environment making development much simpler and quicker. It is also the smallest version of Angular allowing loading the framework quickly for the swiftest development.

Angular 10 offers a language-service-specific compiler that facilitates to access of multiple type check files simultaneously making the app development much faster and functional.

The size of the entry points has been reduced that enhances efficiency and performance too. Other features of Angular 10 that help in improving efficiency are the computation of basePaths and caching of the dependencies.

Angular 10 merges multiple translations using message IDwhich to speed up the development and ramp up the speed.

The Angular 10 has come up as the most potential framework as compared to the other available iterations. The major differences between Angular 9 and Angular 10 are the use of different typescript, the use of distinct IVY, the updated compiler in angular 10, and many more. Most of the iterations of angular came up with rectification or improvisation of available features, but Angular 10 is the only framework that came up with the comprehensive environment enhancement giving a completely new experience of developing an app and also to the end-users.

Either you talk about compatibility, speed, or efficiency, Angular 10 has proven its efficiency and prominence in each term. Based on the studies conducted over various aspects of software development, angular 10 has been proven as potent as JavaScript.

There are a plethora of features added to the latest version of Angular, and they are listed below:

Advantages of angular 10 over other existing frameworks?

Where can I get the most professional team for app development using angular 10?

DxMinds is one of the leading software development companies in India where we have the best professionals having expert hands-on all iterations of Angular.

As a client, will get to know the details about the angular 10 before I go for the development?

We at DxMinds believe to keep transparency with our clients and hence before entering into any agreement we explain the pros and cons of the chosen technology. Our experts are well equipped in the relevant technology and are always at your assistance to explain in detail.