How Much Does It Cost To Develop A Bitcoin Wallet App?

How Much Does It Cost To Develop A Bitcoin Wallet App? 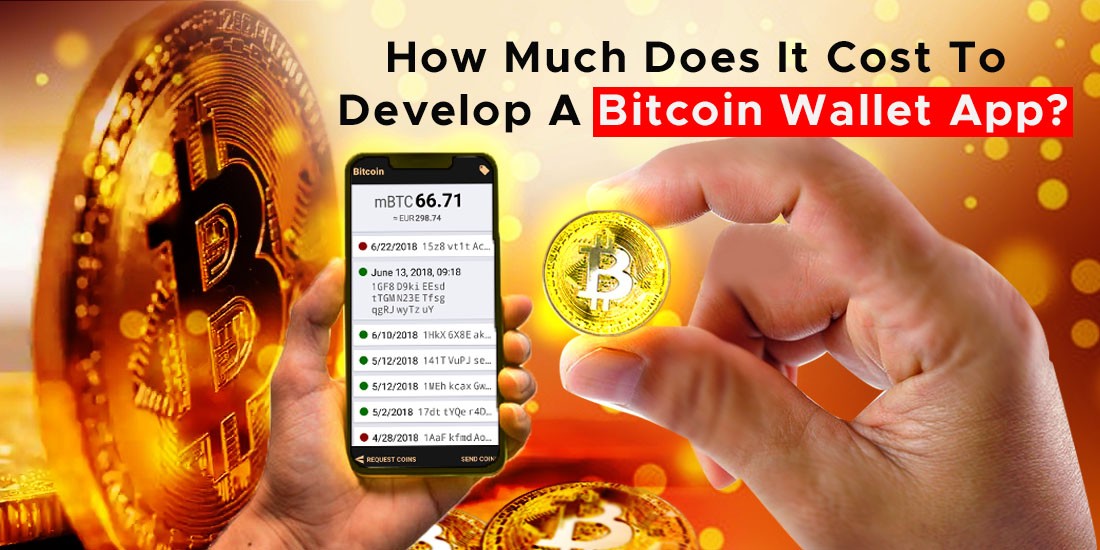 Bitcoin is a name that emerged just a few years back but now it is ruling the world giving a new angle of investment and transactions in the form of digital money. This has been leading almost all finance business verticals by dragging the attention of most of the potential audiences. With the rapid growth of the bitcoin business, most of the businesses are willing to become a part of this ever-growing industry and hence are developing bitcoin wallet app. Bitcoins are not real money but virtual ones. It is a type of cryptocurrency. Are you also among those entrepreneurs who are willing to grow their business with a bitcoin wallet app, and looking for the cost to develop a bitcoin wallet app? There is the answer to your question along with the detailed information about the bitcoin wallet app development.

Bitcoins are accepted in the worldwide market and the reason is the simplified transaction facilities which are double secured with robust algorithms. There are several bitcoin wallet apps already available in the market and if you are willing to develop an app that can take a lead over the existing one, then here are a few tips for your bitcoin wallet app development.

It is one of the most crucial features of a bitcoin wallet that brought this financial solution in the limelight. While signing up with a bitcoin wallet, a user needs to enter their key which is always kept private and encrypted to ensure the highest security of the transactions. Incorporating this feature will make the security of the app more robust, where every user enters their private key to authenticate their access to the wallet app and proceed with the transaction procedure.

A finance app will be lucrative for users when they can transact their money within the same as well as different currencies too. As the conversion rates may be different for different digital currencies based on changing market trends. Hence, to facilitate the users to know the real-time conversion rates, you must incorporate a real-time update of the same.

The finance market is rapidly changing with recent trends and users must be informed of the recent updates. Push notification is the best feature that allows you to stay connected with your customers. This feature can be used to send information about the success or failure of the transactions.

There are several bitcoin wallet apps which are having the feature of scanning paper bitcoin wallets with the help of QR codes. Scanning the QR code transactions can be made, this is also as secure as the other one. The transactions in this feature are also done using private keys.